FEATURE: Modular is the Future, and Which Watch Should TAG Remake?

I'm sure most of you have read the new interview posted on Calibre 11 with Jean Claude Biver where he explains his thoughts about the future for TAG Heuer (if you haven't then it's HERE). As ever Mr Biver seems to have plenty of ideas, although I wish it would have been a video interview because JCB is a real entertainer when he gets going.

So, two particular items stand out from the interview, firstly that TAG are intending to extend the modular watch idea into the the non-smartwatch market. This is an interesting idea, but it remains to be seen how well it will be executed and how successfully it is received. For me the 'Connected' watch doesn't look like a proper TAG, it still looks a bit 'plastic' and if this idea is going to fly then I think this will need to be addressed. They also need to address the mechanics of the modular system, and more to the point they need to get rid of the unsightly flanges at the top and bottom of the watch case, they really are never going to work for people used to well designed time pieces. 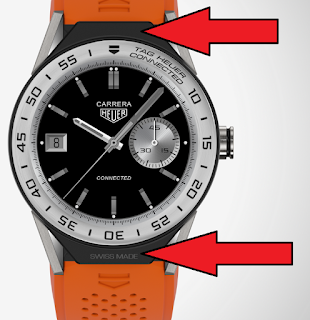 On the face of it, it seems a good idea.. but I'm not entirely sure that the reality will live up to the idea somehow. As it is it's not unusual for watch fans to buy watches and swap the straps to give it a different look, how much difference is this actually going to offer. I guess if the watch is designed from scratch to be modular and feature interchangeable lugs, bezels, straps, etc it could be fun. But, I can't help thinking there's a reason why certain bezels work with certain dials, that's part of the 'design' and this could end up feeling a bit gimmicky and potentially a bit of a 'toy'. This could also possibly negatively affect TAG's image if it turns out that way, so I think they need to think very carefully about going down this route.

On the other hand I don't want to dismiss the idea without seeing what's actually on offer, since for those of us without unlimited funds the idea to be able to change the appearance of a watch is never a bad thing, and it could be a winner with the younger market who are obsessed with personalisation.

The other thing that Jean Claude said was that he doesn't see the need for any more 'Heritage' re-issues, which I know will be a great disappointment to a number of people. Albeit I really don't know how many Monzas and Autavias TAG sell, probably in the grand scheme of things it's not a large percentage of their sales. But as David commented in the interview maybe TAG could look to their early history as 'TAG' rather than 'Heuer' for inspiration.

Truth be told, quite a lot of early TAGs are... well, let's just say that by today's standards, they don't really fit the bill. But I'm sure there's a lot of love for the 1000 series watches, including the larger scale models like the one pictured below. 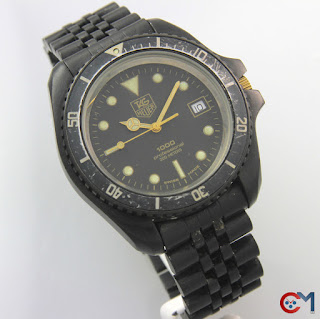 The other model which instantly sprung to mind was the 1000 Super Professional Diver, these seem to sell well on eBay and people on the forums definitely seem to have a soft spot for them too. 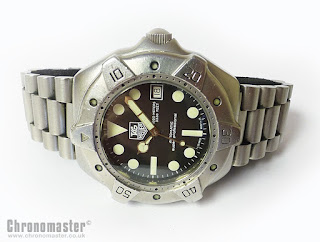 Having said that, looking at it I can't help but think that the Aquagraph was more than a little inspired by this watch. They have a similar massively chunky bezel for a start and something about that dial reminds me of the Aquagraph as well. I'm sure if they kept it a three hander (because who the hell is using a chrono underwater - I mean it's cool that you can, but who would?) it would sell well. It wouldn't need that much updating either really, I think it was a fair size anyway, so no need to go and make it 45mm or anything.

So I'm curious, what do you think of my suggestions and which watch would you want TAG to remake/reissue? Leave a comment and let me know.
Posted by Robert Carrier at 11:11