FEATURE: Another Trip to London and the Harrods Watch Room 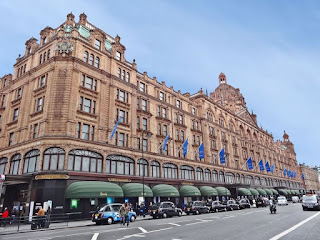 Last time I went to London the plan to finish at Harrods went out of the window, so this time it was a priority, and well worth the trouble it was too. Truth be told, while there is a counter full of TAG Heuer's, there was nothing you couldn't see anywhere else (and actually a better selection can be found in Watches of Switzerland in Regent Street). 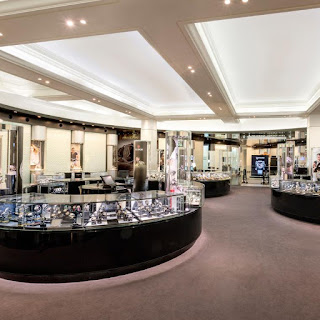 TAG enthusiast or not, this room is pretty incredible and contains several boutiques for brands such as Breguet, Audemars Piguet, Omega, Lange and Sohne, Roger Dubuis and Richard Mille. The brands which interested me the most where Richard Mille and Roger Dubuis, the latter had a stunning selection of top end watches on display including several double tourbillon models which were fascinating to see up close.

Also on display was the eye-wateringly expensive (though I don't suppose the double tourbillon models where exactly affordable!) 'Knights of the Round Table II', which is only $268,000. 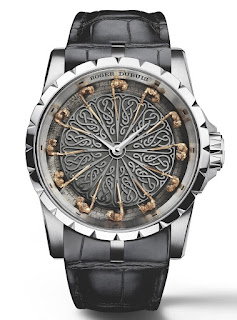 CLICK THE PICTURE TO READ MORE ON A BLOG TO WATCH

Heaven only knows how much the 'Velvet Ribbon Haut Joaillerie' was, studded as it is with 54 carats of diamonds (though I have to say I thought it looked fairly horrific). 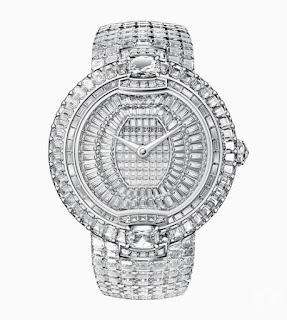 Richard Mille had a fair number of amazing pieces on display as well, including this Evil Eye RM26-02 Tourbillon. 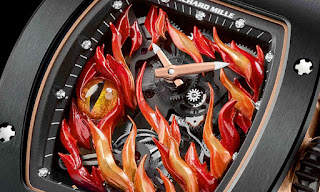 However, it must be said, one of the best looking watches seen in London today was a ladies Zenith (of all things). This was downstairs in the Regent Street 'Watches of Switzerland' and truthfully this picture really doesn't do it justice. 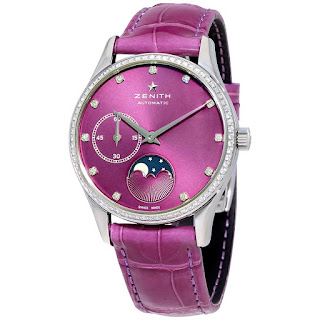 This is the Zenith Elite Automatic Moonphase which was about £7,000 if memory serves. Very nice indeed.

The Fine Watch Room in Harrods is well worth a visit, but it's fair to say the TAGs and Tudors did rather feel like the poor relations in such ridiculously high end company. Perhaps that's why Breitling was an obvious omission from the room? After all, Breitling have a strong presence in Watches of Switzerland and they also have their own boutique in Bond Street (unfortunately I got to Bond Street too late and all the shops were shut and the watches removed from the windows).

I am starting to feel like maybe a Brietling is in my future, I've no idea which one, but I really do like their rubber straps, and some of the three hand models are reasonably affordable on the second hand market.
Posted by Robert Carrier at 11:00