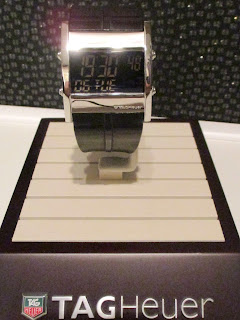 From the moment I first clapped eyes on a Microtimer, I wanted one. My wife, it has to be said, was not convinced - at all, but since I've had it, she's rather changed her mind. I still don't think she likes it anywhere near as much as she likes my Heuer01, but she definitely likes it a lot more than she did.

If anything, my appreciation for the watch has only grown since I picked this up last February on eBay for about £650. It was a bit more scratched than the pictures really gave away, but as I can now tell you, this is a difficult watch to photograph. I mean, I'm no photographer, far from it, but this one is tough! 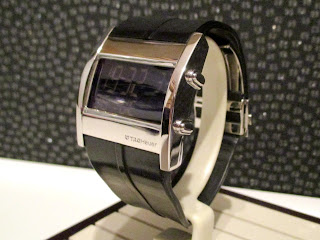 So, within a week of it arriving, it was dispatched to my local TAG dealer to have it polished. It cost about £100 if I remember correctly, but it came back in incredible condition, and with no discernible deterioration of the stamped logos on the face and clasp.

Sadly, it must be said, even with the very minimal wear that I have given this, the case just picks up marks like no other watch I've ever had. It doesn't actually have any scratches as such, but if you look in some of these pictures you can see above the dial there's a kind of mark which looks like a smear or fingerprint, but it's actually some sort of light abrasion. I must admit, if there's one thing I don't like about this piece then it's definitely this aspect. In a way, I know it wouldn't look as cool, but it might have been a better choice to have given it a brushed finish.

Oddly, I was reading an old QP last night (from 2004) which was talking about the launch of the prototype Microtimer (and the Monaco Sixty Nine) at Baselworld and they were saying that the watch was supposed to be manufactured from something called 'LiquidMetal' which is apparently nigh-on impossible to scratch... I can only assume there was some reason why they didn't make it out of this, because if there's one thing this watch isn't, it's scratchproof! 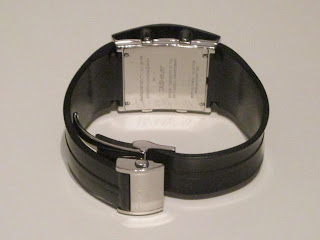 At first the extremely wide strap is a bit weird, but once you get used to it it's actually very comfortable and serves to soften the 'squareness' of the watch. Also, because the watch face is curved that also makes the watch a lot more ergonomic - ideal for those of you who find the flat, square Monacos a bit of-putting (anyone?).

The deployment clasp is good, with the twin button system rather than friction fit, but it does take a while to settle if you adjust the rubber strap. It seems to need the strap to flatten down before it will bite properly, but once you've got it right it works fine. Occasionally you might need to get a finger under the clasp to give it a firmer press to secure it, but for the most part it works as intended and again is very comfortable. 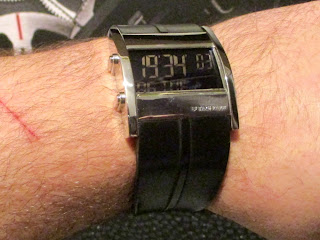 The Microtimer sits very nicely on the wrist, but I do tend to wear it more in the Winter than the Summer. For one thing the wide rubber strap is a little sweaty in the hot weather, and also I find it works really well with a log sleeve shirt. It slides easily under the cuff and just looks the business, whereas with a short sleeve it doesn't seem to work quite as well. Part of that though is me being worried about picking up scratches I think, and obviously a long sleeve gives a better level of protection which makes wearing it a little more relaxing.

Speaking of scratches, you may notice a nasty scratch on my arm which came courtesy of one of my cats, called 'Mr Biver'. 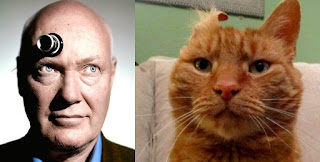 'Mr Biver' started life as Poppy... and then the vet told us he was a boy (despite his vet card saying he was a girl!) so we changed it to Chester, which didn't stick and finally Mr Biver (the wife wouldn't go for Hublot of Vacheron...). Anyway, Mr Biver is a lovely cat, but he really doesn't like being picked up and tends to wriggle and accidentally scratch, definitely not a good idea to pick him up when wearing a nice watch, and definitely not when wearing a Microtimer! 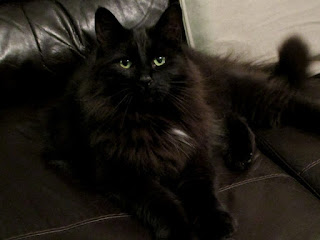 In the interests of fairness, I should add that my other cat is called Ming, and she's about as hard to photograph as the Microtimer! But I digress... 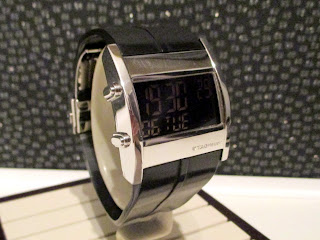 Amazingly, I think, apart from my everyday Formula One that I wear to work, I probably wear this watch more than all my others. As I said, it does tend to be my default Winter watch, and I think for that reason I tend to prioritise it during the colder months, to the detriment of some of the others. For example, I haven't worn my black and orange CAU2012 Calibre 16 Formula One for a good few months, conversely that to me is a Summer watch to be worn with a short sleeve, so in a way they complement each other.

The Microtimer has a plethora of functions (none of which I really use) including, most impressively, a 1/1000th of a second chronograph, but also, a lap timer with memory function, two time zones, an alarm (which works) and a very good backlight (which also works). Also, as you can see in the pictures, the display is a negative which looks very cool and much better than the ladies version which has a more traditional 'positive' display.

There's a lot of things I like about this watch, and another one is the TAG Heuer logo stamped into the case below the dial. It's perfectly sized, not too big to be distasteful, in fact it's quite subtle, but I would definitely miss it if it wasn't there and I was mightily relieved when it came back from the polisher that it hadn't been adversely affected. 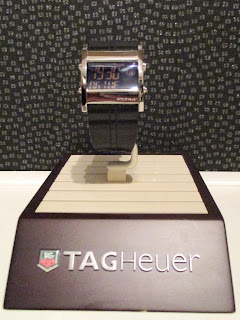 I have to say, although I wanted one from the moment I saw one, I did wonder if the allure would wear off, after all, this is a digital watch at the end of the day (albeit a very high end one), but I can honestly say I would probably consider this one of my top three watches. I mean, that tends to change throughout the year, but in any case I don't think I will ever sell this (unlike David from Calibre 11 who has bought and sold three or four of the things), my only worry is that it will go wrong and will TAG be able to fix it if it does?

Prices vary dramatically, low end seems to be about £600, but you can pay up to £1400 or so if you go to a proprietary Watch re-seller. But bear in mind this is one watch that does not look good when it's scratched, so either make sure you get one in good condition or factor in the cost of a refurb.
Posted by Robert Carrier at 10:55