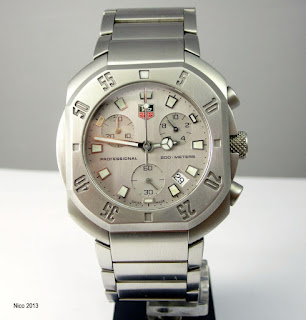 As great as Calibre 11 is, it can't just be me who is bewildered that I can find pages on that site through a Google search that I can't find on the site itself through the menus... which is probably why I've never seen this before.

The TAG Heuer Edge was designed at the tail end of the 90s and was apparently a victim of the LVMH takeover. To be honest I'm not sure that was a bad thing. It's certainly a Marmite kind of design and one that actually brings to mind the Victorinox Inox Diver for some reason, even though it's clearly not that similar in looks (perhaps it's the similarly brutalist design?) 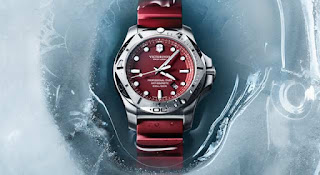 It would seem that post LVMH TAG instead developed the Kirium, which to me is both a nicer looking watch and one that's surely less divisive. In a way this watch kind of reminds me of some of those weird looking cars you used to see at Motor Shows, which the kid in you wanted them to build, but the bean counters decided was too niche to be commercially viable.

As you might expect, all roads seem to lead back to Calibre 11 with very little information out there that doesn't reference the article linked below. But I did manage to find another article (also linked below) written by someone who had bought a watch made using one of the cases developed for the 'Edge' watch. 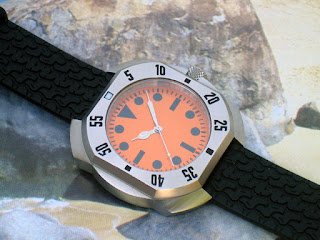 Believe it or not he purchased this hand made watch for the princely sum of £49.95, including a sapphire crystal. To be honest I'm still not sure I like it, but the orange dial does give it a certain something.

It seems TAG were looking to offer this with a choice of dials including orange, yellow, metallic blue and a 'meteorite' grey, but that these were destroyed when the watch was ditched. For some reason the cases got out and I've found cases for sale on the internet, and clearly RLT got them from somewhere too. 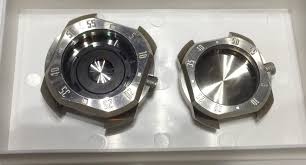 The watches were intended to be made in three sizes, including a ladies version. Strangely the orange watch pictured above and featured in the article is said to have a lug width of 17.5mm, which seems a bit small for a gents watch? The picture above shows two Edge cases shown on TZ-UK forum, the one on the right is a ladies model, it's a shame we don't have photographs of all three cases together (Full size, mid size and ladies).

TAG also developed a bracelet unique to the Edge range, which gives quite a nice integrated look. 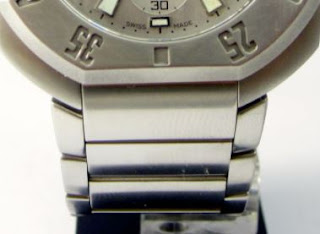 It's surprisingly easy to find supposed TAG Heuer 'Edge' watches for sale, although the majority, on closer inspection appear to be Edge cases fitted with other TAG Heuer dials and movements. 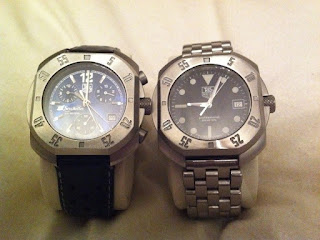 In this particular case (left) it appears a Limited Edition 2000 has been plundered for it's innards, note the 'Seychelles' logo on the dial at the 8 position and on the right it looks like some sort of 1000 series has been used as the donor. 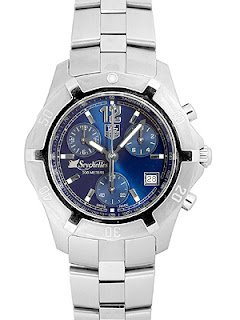 Actually this should give some insight into the size of the Edge case because the CN111D 2000 Series is a 39mm watch. Actually this model was limited to 3000 pieces, and is worth about £5-600 on it's own so whether it was really worth doing is debatable... I guess it depends on what the seller could realise from their 'rare' Frankenwatch? I guess since the availability of a genuine Edge is almost non-existent, these watches probably have some novelty value. 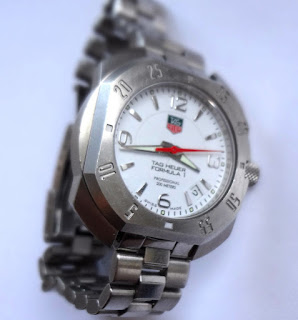 This one is clearly made from the remnants of a Formula 1... and perhaps this one got the bracelet from the CN111D?

I recommend visiting the Calbre 11 article, especially if (like me) you haven't come across it on the site / haven't been able to find it!