I thought I would share with you my thoughts about some You Tube channels that you may or may not be aware of, and highlight their TAG friendliness. 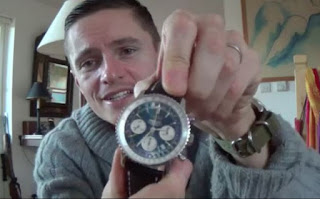 There's a lot of negative chatter about this fella on the internet, albeit a lot of it seems to be aimed at the guys' acolytes rather than the man himself. That said, Archie Luxury certainly had more than a few choice words to say about him and Federico (one time collaborator) and he seem to have had a falling out too.

It's all rather at odds with his persona of the English gentleman, which is rather a shame, but taken at face value I find his videos entertaining, even when the subject matter is not something that I'm particularly interested in. Certainly very few people can hold my attention for 30mins on a You Tube channel with any regularity.

As far as TAG goes, as far as I know he has reviewed two pieces and given them both solid reviews. Which considering his audience would probably have much preferred a complete slaughtering I guess we have to give him major props for that. 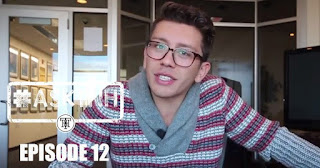 At first I found Christian incredibly annoying, I mean the guy has a face you could punch repeatedly and never get bored. But over time I've mellowed to him. Despite his massive hipster douche tendencies and his predictability (best this, best that - it's always the Rolex Date Just), the guy does find some unique subjects to talk about (Breitling and the TV show 'The Bachelorette' for instance).

Theo and Harris is a seller of vintage watches, and so a large percentage of the videos they put up are basically advertisments for what they are selling this week. They also do feature videos on particular watches they want to push during which Christian adopts a very 'Marks and Spencers advert' voice - this is very very annoying indeed.

I haven't seen Christian review a TAG, he has commented on the Monza 40th Anniversary and recently he replied to a question about why 'TAG will never be a respected watchmaker' (they have too much baggage apparently because of quartz 'Links'.... eh, right?), but generally speaking he doesn't go out of his way to hate on TAG, largely because he deals in vintage watches. He does like Heuer though, and like so many he talks about Heuer as if it's a different company (it isn't) just because of the name change. 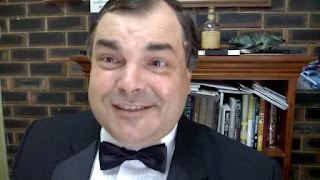 'Archie Luxury' is a character created by Paul Pluta, he can be very, very annoying and at times very funny (in his own peculiar way). He does repeat himself rather too much and that,again, can be very annoying.

Hard to say what Archie thinks about TAG Heuer. On the one hand he made a video called 'What your wristwatch says about you: TAG Heuer' in which he flat out and unrepentantly hated on the brand, but then... he did another video where he compared the Formula One GMT with the Rolex GMT (Batman) where he rather unexpectedly gave the TAG a very positive review. But Archie's opinions seem to change with the wind and depend largely on if there's any money in it for him.

I'm sorely tempted to send him $20 to review my collection, if only to hear him explode... but then again you never know with Archie. 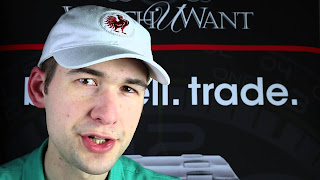 Fronted by the slightly odd and slightly camp (but highly knowledgeable) Tim Mosso, Watchuwant is a video channel for a pre-owned dealer in Philadelphia which largely manages to avoid the failings of Theo & Harris when it comes to pushing it's stock on the viewer. Watchuwant create a huge number of videos and have a separate channel where Tim promotes the watches they have in store.

Watchuwant was recently bought by another company 'Govberg Jewellers' which has seen the arrival of Brian Govberg on the channel. If Tim is slightly odd, Brian is almost certainly non-human. I believe Brian may in fact be a replicant that has escaped from a secret government programme somewhere.

As far as TAG goes, again they don't get much in the way of mentions, but when they do it is even handed and the Carrera Heuer 01 was given a positive mention just the other day. 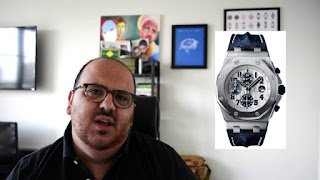 Federico has had a colourful You Tube career. He started his own channel, then teamed up with the Urban Gentry for a while, then headed off to Miami to join WatchuWant - just before they closed shop and moved to Philadelphia, then resurrected his own channel again.

Federico's videos tend to be on the short side and can be a little lacking in content, but he's personable and not actively annoying. He's also worked in the watch industry in the past so has some insight there and recently has started his own pre-owned watch store too.

I can't honestly remember ever hearing the words TAG Heuer come out of his mouth, so what he feels about them is anyone's guess. 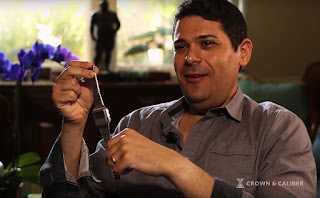 A BLOG TO WATCH
Passionate about - Pretty much everything!
TAG Friendliness - 8/10

A Blog to Watch is a different kind of channel, rather than face to camera opinion pieces ABTW videos focus on reviews of particular watches. Really the You Tube channel is an offshoot/complimentary outlet for the main blog, and does seem to operate much in the way a physical magazine might. What I mean by that is nothing really gets slagged, and by and large reviews are positive - which leads some to question Ariel's objectivity, particularly when he recentely reviewed a hideous quartz Gucci watch with a woven face and resisted an easy opportunity to rip it to pieces.

ABTW is pretty kind to every watch brand (and in return gets great access) and TAG Heuer is no different. So while on this channel you can expect favourable reviews of TAG products, it's rather meaningless when you now they are basically playing the industry game. 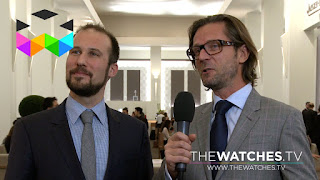 Now fronted alone by the charming Marc Andre Deschoux, The Watches TV generally focuses on high-end horology, but perhaps surprisingly for a channel of this nature it gives respect to TAG Heuer on the rare occasions it mentions them. For instance, Marc Andre was quick to mention the role of Guy Simon in designing the new Zenith movement and his previous work on the Monaco V4.

Realistically, The Watches TV is not a channel likely to devote a lot of time to TAG, but they still have an appreciation for the brand and they don't seem to buy into the anti-TAG bullsh*t. 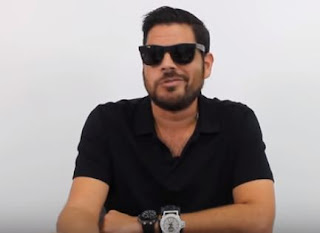 Although this channel is presented on behalf of CRM Jewellers by Eric, the content is not used to promote the company. Instead Eric gives his refreshingly frank opinions on high end watches and how purchasing those pieces will affect your standing in 'the watch game'. Eric places great importance on 'the watch game'.

Again, I've never heard the words TAG Heuer come out of Eric's mouth, but I'm sure he would appreciate the Monaco V4 Tourbillon. 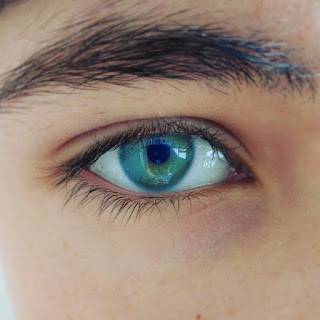 Armand is a very particular guy, with a very particular style. Unusually for these channels, Armand chooses to stay behind the camera and illustrate his videos with (largely) still images of the watches he is talking about. His videos can be a little dry at times, and this isn't helped by the format, but he seems to know what he's talking about. As far as TAG Heuer goes I don't think I've heard him mention them, which is odd as he seems to concentrate on the price range of watches that TAG generally inhabit.


I must say, it's rather surprising to me that given the number of watch channels I follow that very few actually ever talk about TAG Heuer. It's almost like an elephant in the room in a way, almost as if the hosts are afraid to talk about TAG as if anything remotely complimentary will attract derision and mockery in the comments. Considering the scale of TAG's operation compared to companies like Sinn it seems incredible that the company is so massively under-discussed.

Mind you, it is perhaps partly TAG's fault. A while back TGV from the Urban Gentry appealed to his viewers to get in touch with watch companies on his behalf and ask them to approach him. I contacted TAG Heuer was told that they were very interested in following this up. Bearing in mind The Urban Gentry has 130,000 subscribers, it seemed like a good idea to me.

I've never heard anything else, and since there hasn't been an influx of TAG Heuer reviews on the channel I can only assume they never bothered. Other companies like Fortis and Parmigiani have bothered and both those companies have recently had their watches reviewed. Considering TAG's propensity for self promotion it seems strange that they have overlooked a chance to be on the biggest watch channel on You Tube.

Or maybe they did contact him and he wasn't interested, though I doubt it. Or maybe they contacted him and thought he was an arseh*le? Who really knows?

Email ThisBlogThis!Share to TwitterShare to FacebookShare to Pinterest
Labels: Feature