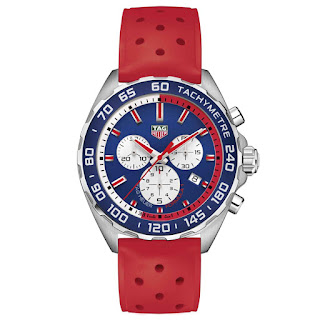 Last year TAG celebrated the occasion of Max Verstappen's surprising first Grand Prix victory with his very own Formula One quartz limited edition chronograph. It was surprising for two reasons, firstly he became the youngest ever driver to win a Grand Prix and secondly it was his first race for the Red Bull team having been moved up from the Toro Rosso team mid season to replace the off-form Daniil Kyvat.

The race itself was perhaps more famous because title contenders Nico Rosberg and Lewis Hamilton managed to collide at the first corner and both cars were out of the race, leaving a rare opportunity for someone else to stand on the top step of the podium. To some extent, Max rather lucked into the win as teammate Daniel Ricciardo looked certain to take victory until a late puncture spoiled his challenge. Still, anyone who wins a Grand Prix deserves respect (even Pastor Maldonado!) and even more so if you win in a car that isn't a dominant force. 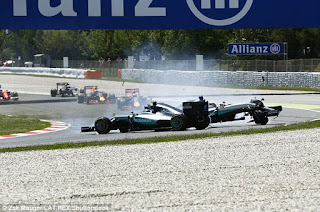 For Max's first watch TAG chose to include an orange section on the chapter ring which ran from the twelve to just past eighteen minutes, to signify Max's age at the time of his first victory. The watch was also fitted with a matching orange rubber strap, mainly because Max is Dutch and orange is a big thing in the Netherlands, and clearly this piece was always going to find a strong market in Max's home country.

As far as I know the entire run of the first watch was sold out without it every making it to a store, I've certainly never seen one for sale anywhere and I would imagine that some of the people that did buy them are probably sitting on it because it's pretty clear that Max is destined for great things and as such the chances are the original watch may well become something of a collectors item.

So this time, TAG have slightly grasped at straws and decided to utilise Max's race number '33' as the chapter ring hook and emphasized the point by adding the number 33 on the dial. In addition, and to greater differentiate the new model from the old TAG have abandoned the orange colouring in favour of a rather violent red, which does rather clash with the rest of the colour scheme and seems to be garnering mixed reactions on the Calibre 11 forum. 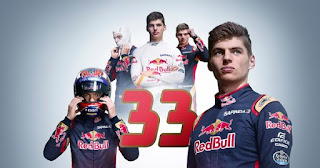 I guess it would be nice to see it in the flesh to really form a proper opinion, but I'm not sure whether this one is another limited edition or whether it's likely to appear in my local Goldsmiths. I'm assuming the watch is largely unchanged except for the detailing and colour switch, so it should still be the same 43mm case as before. It's probably about the right size for a watch like this, it's a loud piece so no point in being shy and retiring on the size front and 43mm should wear reasonably well on most wrists.

On the whole I'm not a great fan of the Formula One range, with some notable exceptions, but this one seems to work quite well, taking the basic Red Bull model and giving it some va-va-voom with the coloured chapter ring and the red rubber strap, I shouldn't be at all surprised if this one doesn't grow on me over time.
Posted by Robert Carrier at 11:28