FEATURE: Brand Loyalty - Pros and Cons of a One Make Collection... 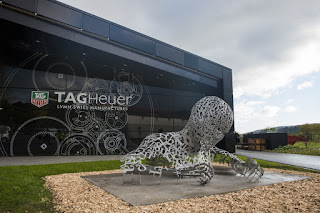 I guess a question anyone with a one-make collection gets asked now and again is 'would you buy another make if you found one you liked?'. It's a fair question, and looking at the 'What's on Your Wrist' thread on Calibre11 it's clear that even the most ardent TAG Heuer fans aren't generally completely exclusive to the brand, and after all, why should they be?

It's not that I haven't looked at other watches, I surely have, and occasionally I've almost been tempted. It's not that long ago I really thought I was going to buy a Bell and Ross Diver, but in the end I decided against it. It wasn't because it wasn't a 'TAG', I just wasn't entirely sure I'd still like the watch in a year... not that I've always got that right in the past either of course, but if you don't even think you're 'sure' before you buy then you're setting yourself up for an expensive mistake. 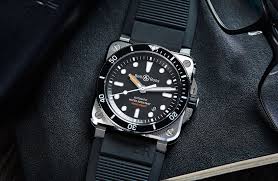 I guess thirty plus years of watching Formula 1 has ingrained in me a love of TAG, even before it became a watch brand I really liked the TAG logo on the 1981 Williams F1 car, and then later the McLarens of Coulthard and Hakkinen, Raikkonen and Montoya, and later still Button, Hamilton Verstappen and Ricciardo. That red and green logo has always been there somewhere, and so I guess you could make a case that long term advertising really does work...

Funny then that I still don't have a watch with that green and red logo on it! 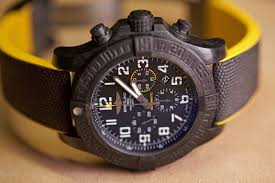 I've tried on quite a few non-TAGs in my time, but it seems I am cursed with expensive tastes. Over the last couple of years I've tried on the Breitling Hurricane Avenger 45mm (£7000), Breitling 44 Chronomat Jet Team (£6000) and the Audemars Piguet Royal Oak Offshore 'Vampire' (£22000), all of which I would be more than happy to add to my collection, but all of which are too simply too expensive for my wallet. Also, though I haven't tried them on, there are actually a few Omega's I quite like: the white-dial Apollo 11 'Snoopy' Speedmaster and the new Apollo 8 Speedmaster to name but two, but again, far too expensive for my meagre salary! 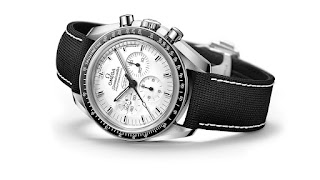 True, in part it's not 'affordability' per se, I could sell all my watches and buy any one of these (except the Royal Oak Offshore) but aside from the fact that I don't want to sell most of my pieces, I'm not really a one watch kinda guy (just a one brand kind of guy...) 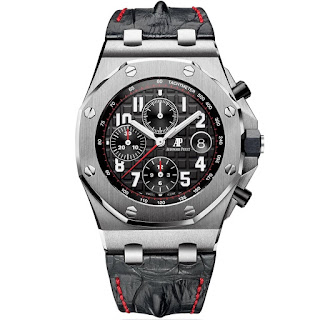 Would I buy a non-TAG watch now? I don't know really, in one way it would add a different element to my collection, but on the other it would stick out like a sore thumb, and it's not as if there aren't plenty more TAGs out there that I wouldn't mind getting hold of. Plus, I do like the 'neatness' of a one make collection. I think truthfully, having my collection has made me more likely to stick with TAG, it's nice to be able to aspire to owning pieces rather than them being forever out of reach. I've never been a Rolex fan, but if I was what sort of Rolex collection could I actually afford? Even Omega's prices seem to be getting a bit out of hand, anything I like is £8000 and up...

Besides, now my collection is at the point where I love every single watch I've got, and that hasn't been the case for a while. So right now, I feel very 'connected' to TAG - perhaps in no small part due to the exemplary service I have received of late from the Bicester Village crew (and the Cheshire Oaks store too...). In fact I think it might finally be time to do my 'State of the Collection' post, I'm just waiting for a couple of things to arrive in the post. 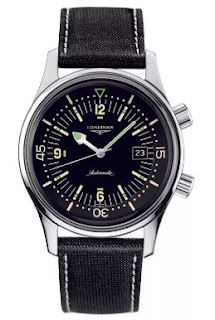 The bottom line is, TAG Heuer aren't boring. I find so many watch brands desperately dull (cough, Longines - ugh!) and the ones that are making exciting product are just too expensive. For example, Bell and Ross make some nice watches, and as I said, I nearly bought their dive watch - but the one I really wanted cost about £13,000, and the other one I liked was still £8,000 or something. I'm sorry, but dropping that sort of money on a Bell and Ross is madness, and it's moot anyway because I couldn't afford to.

Long term, who knows, maybe one day I'll sell all my TAGs and buy a Ulysse Nardin or a Louis Vitton Regatta (for when I'm racing one of my many yachts). But one thing I can absolutely 100% guarantee is that my next watch will be a TAG because it's already winging it's way to me... in fact by the time you read this I'll be wearing it.
Posted by Robert Carrier at 18:00