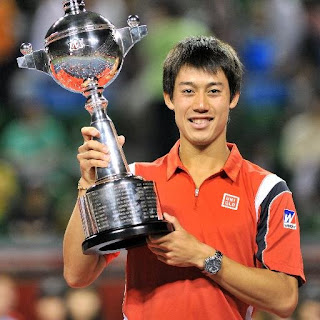 Japanese tennis player Kei Nishikori has been a TAG ambassador for quite a while now and he's amassed quite a few signature models along the way. First in 2013 came the 500M Aquaracer CAJ2113 which was limited to 300 pieces. 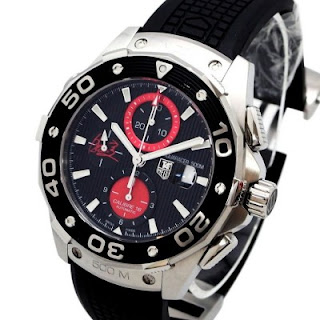 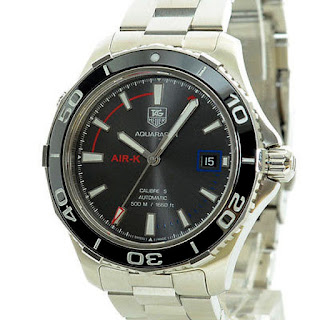 In 2015 TAG released another 500M Aquaracer available on either a bracelet or a strap and this time limited to 400 pieces. 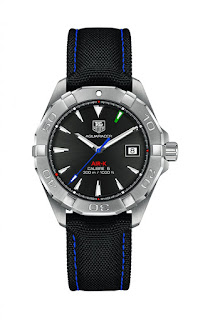 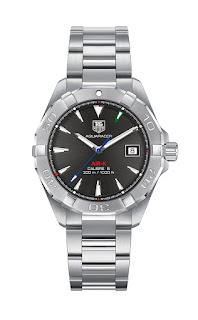 2016 saw a major change, after three Aquaracers it was time for a model switch and so we got the rather dashing looking Calibre 5 Carrera (which I previously wrote about HERE). This one was once again limited to 400 pieces, and to me was the standout special edition so far. 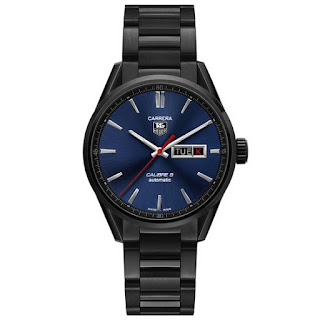 Now in 2017 TAG Heuer have released the latest Kei Nishikori watch and it is by far my favourite, indeed I think it's rather a shame that this is a limited edition piece made for the Japanese market because I think this is the best looking solid dial Heuer01 Carrera by a mile. 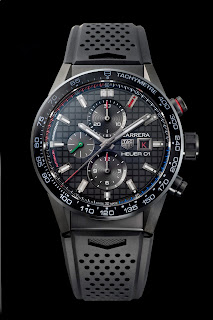 I absolutely love the square detailing on the dial, I think it gives this watch a certain something that I have found lacking on all the non-skeleton Heuer01s which usually have an unfortunately blank looking dial. I suppose this is 'tennis themed' but I think it's rather a shame this won't become a more regular feature of the TAG range, because it looks fantastic!

Maybe some AP purists might scoff at the similarity to the Royal Oak, and it can't be denied that there is a visual connection between the two dials, but that aside, this is a spectacular choice of finish.

There are a fair few flashes of colour on the dial (including a red five minute marker and a green hand on the running seconds sub-dial) not to mention a red 'K' in place of the number '1' on the date wheel, which is a nice and unusual touch. The watch also comes with a yellow strap in addition to the standard black, which looks great and would turn this all-year rounder into a perfect summer watch.

Really, I can't think of a single thing to criticise here, some may not like the seemingly random mish-mash of colours used across the dial, but this has been a feature of the Nishikori watches and I think it looks a lot of fun. Like the CAU2012 I posted about the other day, I don't think this would be an 'only' watch, but as a piece for days when you want to have a little fun with your wrist time, I can't think of anything better.

You can read more about this watch and see some fantastic pictures on Calibre 11.
https://www.calibre11.com/tag-heuer-carrera-heuer-01-air-k5-nishikori-edition-car201n/